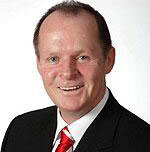 The Life Improvement Series was one of the first recorded Personal Hypnotherapy Programs ever released online. Twenty five years later the range has grown considerably and they are still the best Self Help Programs available. The programs have won multiple awards and sold almost 2 million copies. Rick is one of the world’s premier clinical hypnotherapists and hypnosis trainers. He has featured internationally on many major TV & Radio shows and has assisted many sports people, celebrities and Hollywood Stars. His work combines traditional hypnosis and Mesmerism.
Read more about Rick

Part of every order is donated to the Cambodian Children’s Trust Charity (CCT).
Visit the CCT website