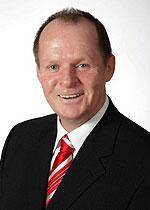 Rick is one of the world’s leading professional clinical therapeutic hypnotists and hypnosis trainers. He is an internationally renowned Hypnosis Trainer, Author, Counsellor, Public Speaker, Sales Motivator, Corporate Speaker, and the founder of Mind Motivations™ & The Australian Academy of Hypnosis™.

During the past twenty years Rick has become recognised as one of Australia’s leading hypnosis researchers and trainers. He developed his own unique hypnosis skills from a combination of traditional hypnosis and his vast knowledge of the direct and rapid hypnosis methods, mesmerism and hypnotic fascination used by the real hypnotists of the past. Adapting those techniques to blend into a powerful new therapeutic model.

Rick conducts group and mass hypnosis seminars with attendances of up to 1000 people, and he has assisted many top international sports people to achieve their maximum potential, including Boxers, Race Car Drivers, Swimmers, Rowers, and the world champion cyclist Levi Leipheimer from Lance Armstrong’s ASTANA racing team who just won the US AMGEN tour for the 3rd time in succession. Rick has extensive knowledge of all aspects of all styles of hypnosis, combined with his many years of practical experience.

Rick has appeared as an invited guest in many major newspapers, on national and international radio and television, including twice on Channel 9s “A Current Affair“ and Kerri Anne Kennerley, Channel 7s “Today Tonight“, Channel 10’s “9AM with David & Kim“, Optus Vision, Bris 31, and the ABC. He has also featured on international Television with the BBC in the UK, and in the United States on Good Morning America –  KTLA Los Angeles and the NBC News San Diego, and Florida. He has also guested on thousands of US radio shows, including among many others George Noory Coast to Coast Radio, The Adam Carolla Show and Valentine 98.3fm.The Joey Reynolds Radio Show WOR New York, The Mancow Show Chicago, Bulldog Radio Show IRIE Ocean City Maryland, KDKE Radio Phoenix Arizona, Sirius Playboy Radio LA, Good Health Radio, Moneydots Radio, WMT600 Iowa,WDJQ Ohio.

Acknowledged as one of the world’s most skilled professional hypnotists and hypnosis trainers, Rick is the principle of The Australian Academy of Hypnosis and has trained more than 2200 therapists in the correct and effective use of his unique therapeutic hypnosis styles. In 2006 his Lose Weight Now CD became the only hypnosis CD ever in the world to win a Gold Aria Award and in August 2008 it went platinum as did his incredibly successful Quit Smoking Now CD, whilst the Mind-Body Healing, Stress Management, Happiness & Self Esteem, and Beat Insomnia CDs all went gold. A truly remarkable feat that demonstrates Rick as one of the top hypnotists in the world today. Between January 2002 and May 2011 “The Life Improvement Series” has now sold more than 2,000,000 CDs and MP3s across the world.

In conjunction with a pharmacist colleague, Mr. Nathan Elliott, Rick conducted Australia’s first monitored clinical study to evaluate improvements in the quality of life, using hypnosis as an adjunct to conventional medical treatments. The participants of the trial were nine, medical doctor referred and monitored, volunteers suffering diverse types of cancers at various stages of progression. Both the Clinical and the experiential results were very positive and ethics approval is being sought to conduct a much larger study (all study participants were signed into the trail and monitored independently by their Medical Doctors).